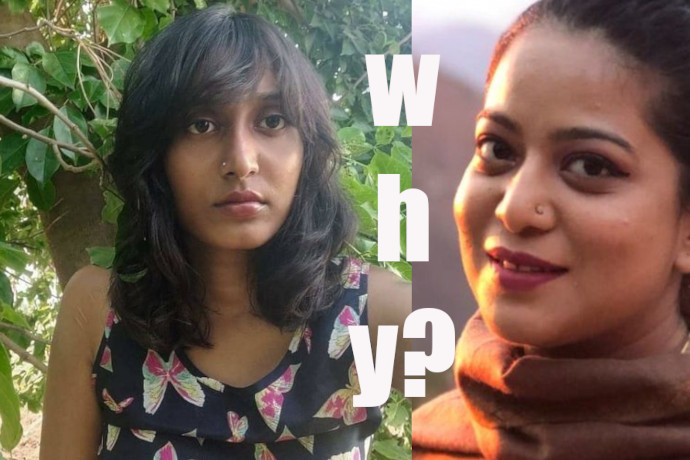 When Judge Dharmender Rana granted bail to Disha Ravi on Tuesday night, it was bound to bother India watchers why Disha was treated more liberally than Safoora Zargar by the same judge faced with two bail applications by young girsl with no prior criminal record, in less than 12 months.

Neither Disha Ravi nor Safoora Zargar had been implicated in two separate episodes of violence in the national capital Delhi. Bothe bail applications end up before Judge Dharmendra Rana and the outcome is totally opposite.

Safoora Zargar, 27, pregnant at the time of her arrest in April 2020, was refused bail while Disha Ravi, 22, was granted bail, by the same judge rejecting all prosecution arguments and evidence as sketchy and scanty.

If Disha Ravi had “absolutely blemish-free criminal antecedents”, Safoora Zargar had the same clean record and was pregnant at the time.

Addressing his comment to Safoora Zargar at the time, the Judge had said:

“When you choose to play with embers, you cannot blame the wind to have carried the spark a bit too far and spread the fire.”

About Disha Ravi, who has been proven to have created WhatsApp groups, deleted them to hide evidence, knew she could be charged under UAPA, edited the “toolkit” which had a timetable of actions to be taken with a lot of detail which amounted to damaging India economically both internally and globally with her co-accused Shantanu Muluk proven to be in Delhi on January 26, the judge shrugged it all off saying,

“the attempt to conceal her identity seems to be nothing more than an anxious effort to stay away from unnecessary controversies.”

Thus the perceived contradiction in the two judgments.

People are talking about it on social media and online forums including Youtube. Sushant Sinha a Youtuber of repute, can be seen doing his commentary on the issue.

He seems visibly disappointed and appealed to lawyers to comment. And if the comments are any guide, the judge has disappointed a lot more people with his decision.

A small sample of comments:

The Govt must go to the upper court,if possible.

To be fair to the judge, the two cases had different FIRs making them legally different cases and thus cannot be directly compared for their outcome.

Although Disha herself had feared she would be lugged with UAPA, she was not. She was only charged under the Indian Penal Code (IPC) sections in the FIR. Safoora Zargar on the other hand, was charged under both the IPC as well as Unlawful Activities Prevention Act 1967 (UAPA).

That alone explains the freedom enjoyed by the judge in Disha Ravi’s case. Having been charged under the IPC sections only, Disha’s bail chances were substantially better than she would have had were she charged under the UAPA.

Zargar, booked for conspiracy in connection with her participation in anti-CAA protests and Delhi riots last year, charged in addition to IPC also under the UAPA faced the insurmountable Section 43 (D) of UAPA 1967.

Also Read: What Disha Ravi has really been up to?

(4) Nothing in section 438 of the Code shall apply in relation to any case involving the arrest of any person accused of having committed an offence punishable under this Act.

Thus the avenue Safoora had were limited in the first place. And then Section 43(D)(5) which reads as below:

(5) Notwithstanding anything contained in the Code, no person accused of an offence punishable under Chapters IV and VI of this Act shall, if in custody, be released on bail or on his own bond unless the Public Prosecutor has been given an opportunity of being heard on the application for such release:

Provided that such accused person shall not be released on bail or on his own bond if the Court, on a perusal of the case diary or the report made under section 173 of the Code is of the opinion that there are reasonable grounds for believing that the accusation against such person is prima facie true.

Clearly in Safoora Zargar case Judge Dharmender Rana did not have the wider discretion he had in Disha Ravi’s case because, despite her own apprehensions, she was not charged under UAPA.

Safoora subsequently secured bail from the Delhi High Court in June 2020, when on humanitarian grounds Delhi Police decided not to oppose her bail application.

Thus, it can be concluded that for reasons known the Delhi Police, their decision not to charge Disha Ravi under the UAPA was instrumental in getting Disha Ravi out of jail while investigation is pending. But for those who may be fooled to think the Court has given her a “clean chit”, the Court has laid down very strict conditions for her bail and she is far from claiming “exoneration” or “vindication“.