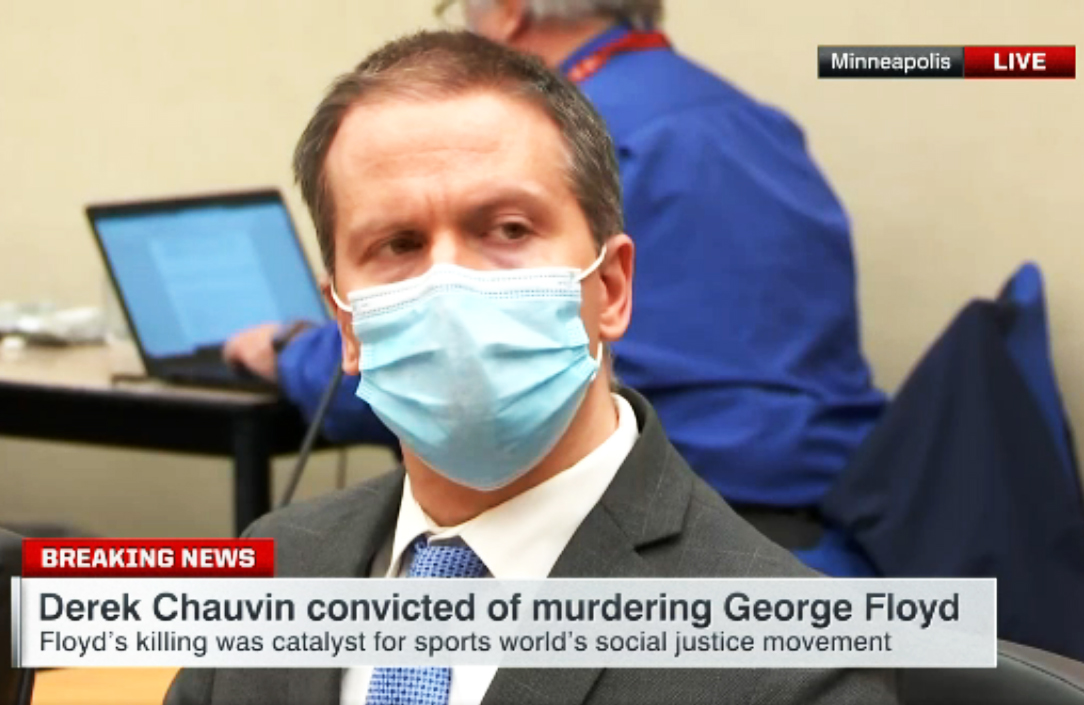 Having been found guilty and only weeks away from learning his sentence for the killing of George Floyd, former Minneapolis Police Officer Derek Chauvin has filed a petition seeking a new trial. He claims due to the overwhelming publicity surrounding the case, he has been deprived of due process and fair trial.

Claiming it is in the interests of justice that a new trial be allowed, Derek Chauvin’s lawyer says the trial that convicted Derek Chauvin suffers from;

Derek Cuavin’s lawyer had asked for a change of venue of the trial due to fears of his client not getting a fair trial due to widespread exposure of the issue in the media but it was refused by the court. The petition says the Court’s refusal was an abused of its discretion and denied Derek Chauvin his constitutional right to a due process and a fair trial.

The petition is unlikely to succeed before Judge Peter Cahill, who presided over the case. Derek Chauvin will then have solid grounds for an appeal after sentencing given his lawyer continuously raised these legitimate issues both throughout the trial and now in this petition.

Just as the trial got underway, Minneapolis police the same force Derek Chauvin worked for, shot and killed Daunte Wright in nearby Brooklyn Center, generating even more negative publicity. It threw the same very subject in the midst of a very bad publicity wave once again to make matters worse for Derek Chauvin’s chances of a fair trial.

Looking at the arguments raised by Derek Chauvin’s lawyer in the petition collectively, it would not be surprising if Derek Chauvin gets a new trial on appeal if not now.

It has also come to light that one of the jurors in the case Brandon Mitchell had himself participated in a protest event last summer. A photo of him has surfaced wearing a black T-shirt with an image of Martin Luther King Jr. and the phrase, “Get Your Knee Off Our Necks.”

That fact in itself is potent enough to shows the presence of opinionated, prejudged bias and should aid the new trial demand.

According to the Washington Post, during the selection process, prospective jurors were asked about what they knew about George Floyd and the case and if they had attended any demonstrations after Floyd’s death.

According to the Star Tribune, Brendan Mitchell had answered “NO” when asked if he’d ever participated in any protests about police brutality.

Whatever potency, this very fact militates against Derek Chauvin’s constitutional right of a fair trial and due process.

Do these add up to violation of Sixth Amendment? Almost.

Then the $27 million settlement with George Floyd’s family by the Minneapolis state added to the unwanted limelight the trial was already in.

Whatever the outcome, it is in the hands of lawyers, and will be for some months if not years to come. With the settlement already negotiated, the issue perhaps now is devoid of any oxygen and the arguments will, with time, sound more technical and academic. Such is the business of justice in today’s world.

You can read the petition (filed by Derek Chauvin’s lawyer) here.