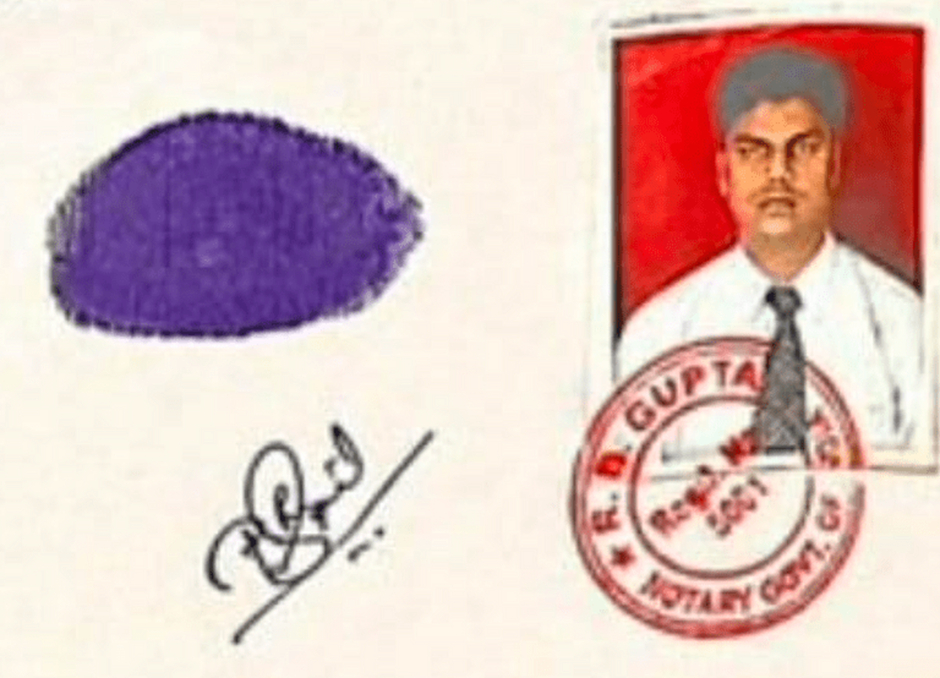 When Aryan Khan was arrested on October 2, a selfie taking person called Kiran Gosavi came to light who was going to be one of the independent witnesses in the case and has since allegedly gone “missing” or underground.

In a huge new development, a new character in this case has come to light and his name is Prabhakar Sail who claims to be Kiran Gosavi’s bodyguard.

In an affidavit filed in the case, Prabhakar Sail has claimed he was witness to a demand of Rs 25 crore being made by/on behalf of Sameer Wankhede to let Aryan Khan walk.

The detailed account of what he allegedly is witness to, has been recorded in an affidavit which looks to be drafted by no less than a legal luminary.

Copies of the affidavit pages (if genuine) doing the round on social media make very serious allegations against Sameer Wankhede, giving complete pictorial accounts of various locations and interaction.

What seems to be missing – which is very important from a legal point of view – Prabhakar Sail was at no stage – himself party to any such discussions. Legally – his account will be either “speculation” or “hearsay”.

It should not even qualify to be legally admissible as “circumstantial” against Sameer Wankhede.

The funds (Rs 50 Lakhs) he was told (he was carrying) which later he claims turned out to be Rs 38 Lakhs – do not constitute bribe of any sort.

In the affidavit, Prabhakar Sail, among others makes following claims:

1) He was employed by Kiran Gosavi as his personal bodyguard.

3) Gosavi was with some NCB Official and asked him (Prabhakar) to wait near NCB Office.

4) At around 1.23pm Gosavi sent him (Prabhakar) photographs on WhatsApp and asked him to keep an eye on the persons (in photographs) coming to board the cruise ship Cordelia through the green gate.

5) Prabhakar, having identified one person informed Gosavi one person was advancing to be onboard.

6) Sometime later Gosavi informed Prabhakar that the identified person was arrested along with 13 others.

7) On the same day at 10.30 PM Gosavi called him (Prabhakar) to the boarding area where he (Prabhakar) saw Aryan Khan and Munmun Dhamecha and few others with NCB Officials.

8) At 1 am Gosavi called and asked him (Prabhakar) to go to NCB office and sign Pancha (the alleged 10 blank pages).

9) At NCB office, Sameer Wankhede instructed the staff to take Prabhakar’s signatures and name. One Salekar from NCB told Prabhakar to sign on 10 Blank papers.

10) After sometime Gosavi came down and met Sam D’Souza about 500 meters from NCB Office.

12) While travelling Gosavi was talking to Sam on the phone and stated that “you put a bomb of 25 crores and lets settle at 18 final because we have to give 8 crores to Sameer Wankhede.”

In the concluding paragraph of the affidavit, Prabhakar Sail has said:

“I say that KP Gosavi is missing now and I now fear that NCB officials and other persons involved may kill me or abduct me like KP Gosavi. As seen in big cases, witnesses are often killed or taken away and I therefore want to state the truth.”

You can read the affidavit in full here.

A careful perusal of the affidavit reveals a lot about Gosavi and practically nothing against Sameer Wankhede.

Prabhakar’s direct physical contact was with Gosavi and thus his assertions relating to Gosavi become admissible in a court of law.

His long-winded stories, although “juicy” for the media, will practically amount to hearsay, evidence of no legal value against Sameer Wankhede.

The only thing against Sameer Wankhede in the whole affidavit is Prabhakar’s assertion about Sameer instructing NCB staff to get Prabhakar’s details.

From the legal culpability standpoint, Sameer’s instructions – can be completely lawful and benign. The affidavit does not claim Sameer asking the NCB staff to get Prabhakar to sign “10” and/or  “blank papers”.

In itself, the affidavit should be treated as “legal noise” designed to create media storm leading to public being pushed to “re-think” – India’s hero (as they had been seeing) – Sameer Wankhede.

It will be interesting to see what else unfolds in the next 24 hours as the High Court is due to hear the bail application on 26 October.

IN response, the NCB office Mumbai has released a statement saying Sameer Wankhede vehemently denies all allegations made against him in this affidavit.

Within hours, Sameer Wankhede, zonal director of NCB’s Mumbai unit, wrote a letter to the Mumbai Police Commissioner requesting him to “ensure that no precipitate legal action is carried out” against him by “unknown persons” with “ulterior motives” to frame him. He has sought protection from the Mumbai Police.

A lot more to come.

Bail: Why Disha Ravi and not Safoora Zargar?